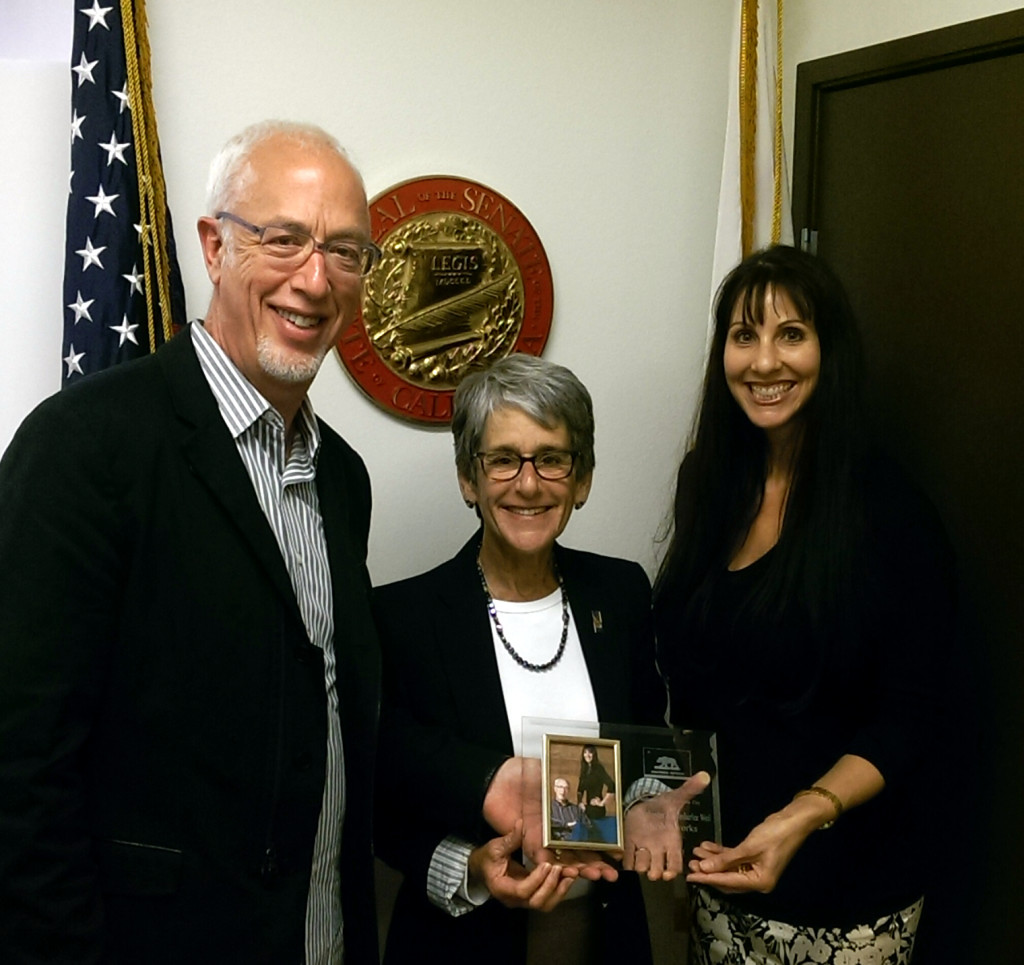 SANTA BARBARA, CALIF. (June 17, 2015) – introNetworks’ CEO and Co-Founder Mark Sylvester is pleased to announce that it has received the 2015 California Small Business of the Year award for their 805connect project. State Senator Hannah Beth Jackson presented the award to Sylvester and President and Co-Founder Kymberlee Weil at the State Capitol on June 10, California Small Business Day.

“We are deeply appreciative of Senator Jackson and her acknowledgment of the work that we have done over the past year to bring 805connect to life. It’s been a year for building and growing awareness of the effort,” said Sylvester. “This accolade comes at a perfect time for us as we begin our second year in the community.

The goal of the 805connect network is to be the “connective tissue” for business and community leaders in the Tri-Counties, empowering them to become more aware of the resources that are available in their own county and region before looking elsewhere. 805connect is the outcome of a series of conversations started in 2013 that focused on how the Central Coast community could realize a more vibrant economic future by having a broader, regional view of the challenge. Today, 805connect serves as a catalyst for connections and conversations among businesses and service organizations in San Luis Obispo, Santa Barbara and Ventura counties.

“It’s a work in progress. But I think two or three years from today, it’s going to be highly populated and people are going to find jobs more easily,” said Mike Manchak, President and CEO, the Economic Vitality Corp. of San Luis Obispo. “The more companies on there, the more it helps attract talent.

Listen to an interview with Mike Manchak, Mark Sylvester and KCBX’s Randol White. Audio clip is at the top of the page.
Loading Facebook Comments ...