Direct access to various forms of media: print, video, audio, all available instantly (or if not, it’s just a short buffer away.) Consumers have grown accustomed to media on-demand.  Be it a YouTube Channel, a Vine profile, or maybe even a Facebook page, the citizens of the online world are connected content consumers, curators, and producers. The relative ease of access has reshaped expectations around how customers can and should interact with companies, which is why it is best that you learn the basics of content marketing. On one level or another your customers expect high-quality content and depending on your industry they may even demand it! For a great kickstart to content marketing please continue below for a wonderful infographic provided by Dendrite Park. END_OF_DOCUMENT_TOKEN_TO_BE_REPLACED

It’s no surprise that a country founded on the principle “of the people, by the people, for the people” would embrace social media in such a big way. MPADegree.org has put together a very interesting infographic that illustrates the penetration of social media in the realm of Government public service within the United States and abroad.

How Is Social Media Being Used By The Government? [INFOGRAPHIC]

Back on April 20, 2007, then U.S. Senator Barack Obama sent his first-ever tweet. A little over six months later, he was elected president. Of course, it took a little more work than that simple (and, with hindsight, somewhat cock-eyed) tweet, but Obama’s savvy use of social networks to spur interest in his run for the U.S. presidency was absolutely a pivotal part of his campaign, and in the last five years social media has become a key component of the political messaging system, playing an important role in everything from defusing riots, forecasting elections and emergency response. END_OF_DOCUMENT_TOKEN_TO_BE_REPLACED

Recently on the introNetworks Blog, we talked about a few ways the social enterprise can prosper.  One of the items on the list recommended a flattening of the organizational hierarchy as a means of promoting co-value creation and collaboration.  Continuing along those same lines, the social customer service field has been dramatically flattened in recent years as well. The space social customer service representatives currently occupy is among the people; the customers.  Your customers.   A modern CS department is a Social Customer Service Department, and it is a living breathing entity, adding authenticity to the overall customer experience.  Not only does this empower customers, it benefits the enterprise, many social customer service tools also offer un-paralleled access to customer demographic and behavioral data. introNetworks is keenly aware of this shifting trend and in response we’ve implemented a live chat feature on our site powered by Olark. Please, feel free to stop by for a chat! The era of the social customer service era is already upon on us, to help outline this, here are ten steps in infographic form.

In less than a decade social media has changed the world and helped to reshape brands and businesses of all shapes and sizes across almost every industry throughout the globe, but it’s been particularly beneficial as a consumer service tool – both for firms and their customers. Indeed, brands that don’t offer help via their Twitter or Facebook profiles, or are too slow to respond or ignore/mismanage customer complaints altogether, are quickly (and often ruthlessly) called to task. So what makes a good social customer support team? This infographic from Sentiment Metrics and Our Social Times offers 10 steps for brilliant social customer service. 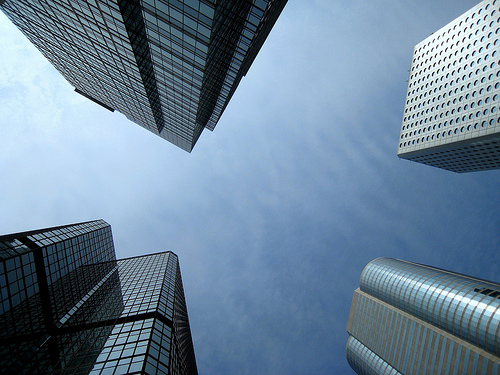 The internet is a jargon-creating machine.  New terms pop-up all the time, just last week we looked at one of our new favorites, Datafication. But what about the terms you hear in social media streams everyday, like: Social Media, Enterprise 2.0, Social Business (1.0), CrowdSourcing / Open Innovation, Social Business (2.0), or even the newly coined “Social Era.” While all of these might seem pretty obvious, when placed next to each other you’re able to identify subtle but important differences in these words. Knowing the etymology behind these internet terms will help you have a more precise conversation in the “Social Era.” Nilofer Merchant is a writer for the Harvard Business Review and author of the book 11 Rules for Creating Value in the Social Era. This article excerpt will help you understand the nuances within these social business terms.

Sometimes it helps to see distinctions side by side: In some cases, we’re talking about tools. In others, we’re talking about how the marketplace economy changes. And, in some ways we’re talking how the organization changes. When we use the terms interchangeably, confusion is prevalent and meaning is lost. Unless you’re talking about marketing specifically, don’t use the term “Social Media.” The electric light bulb wasn’t a new kind of candle. Not to mention, CEOs and boards think of “social media” as the stuff their marketing team drives. If you are discussing ways social tools can be applied to all parts of a value chain, “social business” is probably the term you are looking for, although there’s still plenty of confusion with social enterprise. If you are describing a reconstitution of work and institutions, then use Social Era. No term is ever complete. Each of us are building on each others’ ideas as we collectively grapple with understanding and decoding what is happening, and what we think it means. We are all seeking clarity but are limited by our own understanding, our vantage, and by, of course, the examples we witness. But this is not about semantics. When we focus on tools alone, I think we’re making a mistake. It’s geek chic, it’s even interesting, but it’s not talking about what is possible. The bigger point is that major changes are afoot that change value creation, the meaning of work, and the structures for our institutions. When we conflate the tools with the outcomes, I think we risk meaning and impact. When we all use more precise language, each of us will find that people understand our meaning, and more clearly see the light. 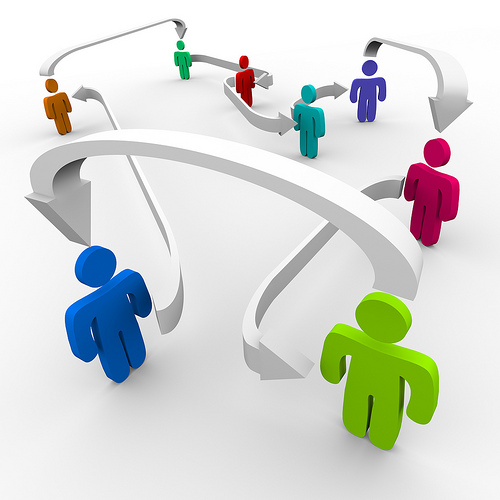 Vala Afshar makes the case that choosing the proper social enterprise technology, should come after a company’s culture has been firmly established, and that there is a willingness in participants to embrace a new model around social collaboration and co-value creation.  Read that again. The social enterprise is a much more complicated animal than most social endeavors. In this article you’ll find a few important pieces to the new social enterprise model Mr. Afshar outlines. The success of these programs requires a high sense of pragmatic optimism, a flatter business hierarchy, participation from the C-level down, fostering the best ideas independent of title, integration of social tools to CRM products, healthy competition (i.e. Gamification,) ensuring a safe environment for accountability and the flow of suggestions, and finally an appreciation for innovation and iteration. Only after establishing some of these tenets will a social enterprise really begin to shine. Vala Afshar is a writer from InformationWeek and co-author of the book The Pursuit of Social Business Excellence.

We found there are a number of specific markers that accompany and validate the social transformation progress. Business leaders should keep in mind that the purpose of collaboration is to improve execution velocity and delight customers. It is important to demonstrate to all constituents the ability to drive sustainable growth and bolster customer loyalty and commitment, as a result of collaboration. — Pragmatic optimism: A social business defaults to “yes” and then rationalizes to the desired disposition. A bias for action with a positive mindset leads to an agile and change-embracing culture. There is no safety in the status quo. Optimism is often fueled by teamwork and collaboration. — Minimal layers: A social business is flat, versus the traditional hierarchical business structure. The distance between an individual contributor and the CEO is but a few layers. In a social business, there is a direct line of communication between entry-level employees and senior management. — Leadership by example: In a social business, all leaders and executives are socially engaged. If your CXOs are not social, your business is not social. Ask a social business executive, “Who is the smartest person in the room?” and she will answer: the room. Social executives are accessible, active listeners and connectors of the business, always seeking the best and fastest path toward progress and growth. — The best ideas win, independent of titles: In a social business, ideas and information flow horizontally, vertically, from the bottom and from the top; throughout the business. Ideas are like sounds, and they should be heard through the seams of the social fabric. In the absence of sound, ideas die. The most damaging syndrome is the HIPPO (highest paid person’s opinion) syndrome, whereby all the decisions are ultimately dictated by the biggest title. The best ideas must win. That’s the biggest benefit of being social. — Social and business process integration: Social businesses have integrated social channels into their business processes and workflows. This means integrating social media networks into CRM solutions. Social CRM is often the first sign of social business adoption, aimed at increased visibility and execution velocity. Adoption of social media is a great first step but a truly social business is one that integrates social networks and all of its contact channels into a single relationship management framework. — Adoption of gaming techniques: In a social business, internal competition is welcomed. This means social businesses embrace gamification to drive employee, customer and business partner engagements. Gaming concepts, packaged into an overall CRM strategy, can unlock the full potential of the organization. — Safe environment: In a social business, an idea or red flag from anyone can reach the CEO directly, without a middle man and without repercussion. The environment is safe and collaborative, where failures are viewed as part of the learning experience. That said, the agile business adopts a “try it, fix it, try it again” iterative improvement philosophy. — Shared accountability: Social businesses share complete interdepartmental performance metrics as a means to foster collaboration. Social businesses extend performance metrics to customers and partners with connection to both people and products. — Reflective and iterative: A social business continually challenges existing assumptions and communicates a desire for mid-course corrections or pivots in advance of execution. In a highly collaborative business, experiments are welcomed; innovation is not about better sameness. — Social people and social products: Every information source in the ecosystem should be used to help employees make better, more-informed decisions. Information sources include people and products/machines. The network social graph of an advanced social business includes both people and products. In the near future, wearable products, sensor technology and machine-to-machine (M2M) communication will include social channels. In summary, a social business is much more than a business that uses social media. Social collaboration success is more a cultural and philosophical achievement than technology adoption. Collaboration is hard work but it doesn’t have to be complex work. In fact, collaboration can simply start with four words: What do you think?

Why The Vast Majority Of Enterprise Social Collaboration Initiatives Fail 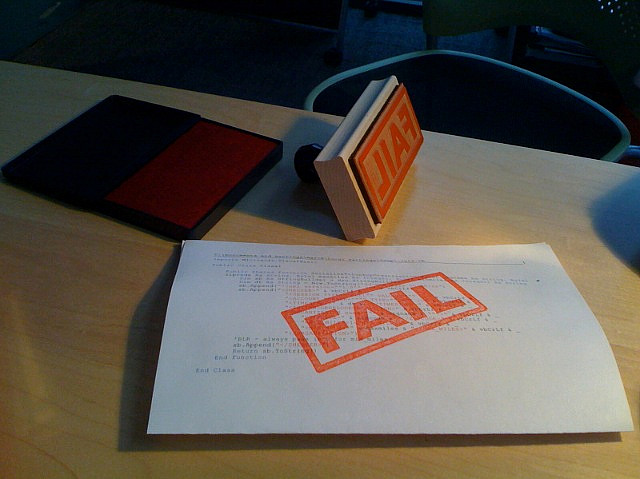